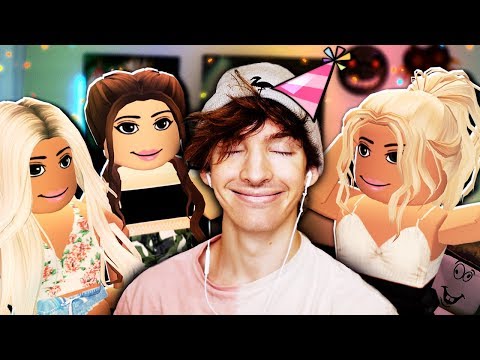 using a throwaway because my friend is a redditor
so it's a casino night themed party, and I need to make the banner at the entrance. It should look something like this. Could anyone please find or make something similar to the banner across the top of the picture?
Thanks a lot!
PS: I need to send the picture to the printers, so I'd appreciate it if someone could get me a higher resolution picture

State of Revue Starlight Re: LIVE after a year and a half. Personal Review.

So After taking a break for gacha game for a year mainly FEH, FGO, and FEH considering I was happy that I managed to breakthrough till end game content and marking it as pretty F2P friendly game that allows you to access like 90% of the content without paying a dime I tried getting into another gacha game called RS Re: LIVE because I watched the anime. So I started the game about 40 days ago and the game reaches its 1st anniversary then again hoo boi, I didn't expect I entered one of the shitshow.

Detail's on L2Ds are average, most of them are using same animation with different skins (or versions of them) not really worth mentioning. It seems they're also having a single artist to do the job mainly on illustration. The Story illustration is rather few as well. Side character sprite looks very derpy, almost like it was made by an amateur illustrator.QOL Stuff is still getting added but so far, features like fusing songs are more annoying than it is being helpful.
Character during fight utilizes 3D model, aside from CR all of them are using the same animations(of their respective character not all as in similar 100%). Voice wise they're different but there arent many changes for the minor stuff like finishing enemy or the stage.
The gameplay is similar to FGO but much dumbed down with front, mid, back options, and some effects from ACT that is broken on so many levels. While FGO appreciates older servant's combination to win the fight, Revue literally powercreeped everything to death to the point older stage girls became irrelevant in-game due to the meta or counter cheese.
Memoirs is something akin to Craft Essence in Re: LIVE. Except for the part where it was mostly underwhelming and cannot be used to counter pick that can be really useful in PvP especially debuff. For example, the highest attribute debuff resists you can even get from MLB 4* Memories is like 22.5% or so. Where some of the ACT is like 100% guaranteed debuff making it absolutely useless effect in-game, just like brilliance regeneration (6 highest) or 3k barrier. Meanwhile, I Doubt you can even fight more than 5 turns in PvP without constantly showering Climax Revue and dealt roughly 5-30k damage making that barrier absolutely useless.
There are packs sold in this game including monthly pass stuff. The majority of extra stickers are hidden behind the paywall which is normally in packages that costs 25-100 bucks. Unless you're a whale. Monthly pass(Diamonds) is the only worthy for you to support the game.

Not recommended. Even after a year, they didn't manage to change as FGO did to their game, and unless the player willing to suck the PvP/PvE up following able to accept that you either whale or just try hard. Then you do require to be Fans to play it. Though even as one, it is probably not worth playing it considering there's a much better game if you're a F2P player.
Pride and Accomplishment? Honestly, as someone who is now 80, had premium unit and ranked 8-9, following S rank PvP? This game is the worst experience I have so far for a gacha game, but considering that's because I have been pretty careful picking the F2P friendly one or just not broken by design. I did become a Dolphin in GFL after all and did top-up in FEH/FGO or some other gacha game I tried including this game.
There seemingly isn't much player left in the game (Counting from me there's roughly only less than 30k player that is lv 80 higher (This is based on available in-game data ranks) and I achieved this within 40 days for a game that is 1 year on in global. The Re: LIVE Reddit is dead for sure leaving with only discord as the active community. The Global version only has Facebook as reminders or event announcer. No twitter either. There's zero communication for the globals players.
As a closing, Thank you very much for reading this half rant and review as I was triggered a lot when playing this game to the point I had to make a review about it.

MCU Movies Behind the Scenes Facts *Wanted to do this for fun* Day 6: The Avengers

So i'm going to go on IMDB and look at each MCU movies behind the scenes facts and POST THE MOST INTERESTING ONES here, I will post each movie a day instead of what I did before where I did 10 posts, I will start with the first Iron Man and each day will be the next MCU movie after it, ending with Guardians 3, I will also do the Netflix Shows, Agents of Shield and Agent Carter

Enjoy the videos and music you love, upload original content, and share it all with friends, family, and the world on YouTube. Updated Banner Letter Video (1.14 and Higher):https://www.youtube.com/watch?v=Whv9N33ek04&t=32sA - 0:20B - 0:42C - 1:10D - 1:31E - 1:59F - 2:21G - 2:42H - 3:... The best adult birthday party ideas for men and women! SHOP OUR BIRTHDAY PARTY INVITATIONS AT: http://bit.ly/1pBPAqRFOLLOW US ON PINTEREST: http://bit.ly/1qP... keep up with bday fun lol: https://www.instagram.com/albertsstuff/http://chng.it/CwsjKGnmyVhttp://chng.it/nkwdKwZ5YZ An easy Piano tutorial on how to play Happy Birthday. A Piano lesson which teaches you to play either just the right-hand melody or with chords in the left-h... Full Trumpet Course: https://courses.trumpet-guy.com/trumpet-guy-the-courseFREE Trumpet Taster Course: https://courses.trumpet-guy.com/free-taster-course-tru...